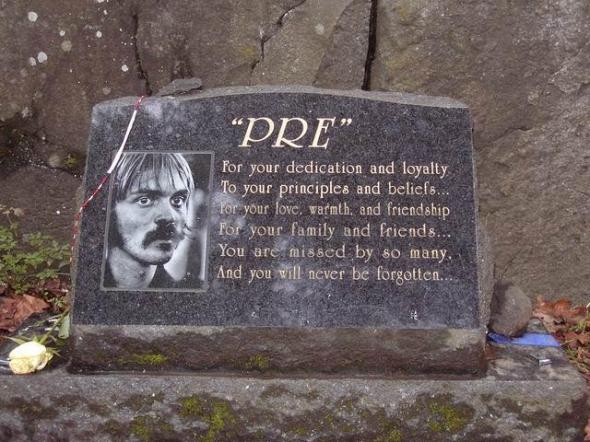 Like both men I come from a unique place in America, small-town Oregon. Because of our shared roots, we can agree a state is more than its major cities. We also know that small towns – the sort of places we come from – make Oregon special.

In many small towns, wrestling season is the only season on the calendar. As wrestling goes, so goes the town. Burns wouldn’t be complete without a wrestling parade. Through wrestling, kids from small-town schools gain a certain inner quality they carry the rest of their lives.

With the home gym packed for a duel, friends of wrestlers see firsthand one of their own mix it up on the mat. No helmets or gloves or cleats. They see a guy in shoes and a singlet go head-to-head with someone just like them.

At the end, win or lose, the friends see their buddy walk over and put his warm-ups back on. After a loss they see him standing alone. It’s this guy they remember when they have to take a stand.

A wrestler is more akin to regular students, someone they can relate to. He’s in the science lab, playing trombone in band, doing the extras. He runs an extra mile, works an extra hour. That he asks so much of himself encourages his friends to do the same.

You’ve both seen these kids on Oregon college campuses. Kids with a little more bounce in their step, fresher gas in their tanks. These are the kids you want to point to as University of Oregon graduates. They are Ducks for life, and you don’t want to lose them.

Young wrestlers from small towns throughout Oregon have their hearts set on joining the tradition of Duck Wrestling. That is their dream.

In North Bend, for example, the dream began with Coach Dave Abraham. He wanted guys who could cut it in Eugene. He sent many who tried. If you were good enough, you might be a Duck. In the last few years of his coaching career, even Coach Abraham became a Duck.

Richard J. Sanders of Lincoln High School headed for Russia after the 1972 Olympics to show them how the local boy works the mat. Sanders and Fred Fozzard of Marshall High were the first American World Freestyle Champions.

They are wrestling history, and they belong to us, as much as Duck Wrestling belongs to the greater wrestling family. University of Southern California won’t cut football and UCLA won’t cut basketball, sports with distinct associations to those schools. Wrestling preserves a unique quality in Oregon, one of only seven states where both name universities have teams.

Duck Wrestling isn’t ready for the archives. A successful UO wrestling team is icing on the cake of a thriving athletic department.  Why scrape it off?

One thought on “UO OH NO”